The second and final round of Junior Division 2D matches were played at the Ellenborough Table Tennis Club, Enfield, on Saturday 12 March 2016. After the first round of matches Berkshire and Buckinghamshire led the table with two wins each, the only unbeaten teams of the six teams in the Division.

The only problem before the start of matches was that Middlesex 2 only arrived with two girl players and no boys, their captain having found out the previous evening that his expected boys from the first round of matches were now all committed to the Middlesex first team. With Ellenborough TTC within the Middlesex catchment area a few hurried telephone calls found that one boy could arrive in time to play in the first match and two further boys could arrive to play in the following two rounds of matches.

Thus for Round 1 matches Middlesex 2 had to play Essex 2 with the girls matches being played first. Essex's eleven year old Alana Mansfield had a great win over the much higher ranked Jasmine Chan (3-1) with team mate ten year old Sophie Chiang on her debut for the County beating Isabella Hudson 3-0. When he arrived Arran Fox lost on three deuces to Daniel Berry. Essex won the match 9-1. Beds, who were a boy short, included eleven year old Luke Manning in their team and he also had a debut win, over Sussex's Billy Keegan (3-1). Sussex went onto win 8-2 but only after both Luke and Edward Simms were defeated 13-11 in fifth end matches. Sussex unbeaten players were Ollie Guile, Fraser Kent, Amelia Long and Wiktoria Brewka. The two unbeaten teams had to play one another and it was Berks who triumphed 7-3. Gus Thomis and Josh Gallen were unbeaten for Berks with Jemma Walker unbeaten for Bucks.

For Round 2 Essex 2 played leaders Berks and lost 7-3, Berks boys Gus, Josh and Sam Liu all unbeaten. Sophie won both her matches for Essex 3-0 and Alana just missed out when losing 14-12 in the decider with Katie Shepard where both players had match points. Bucks played Beds and won 8-2, Jemma and Megan Ashford unbeaten. Luke involved in the closest match when winning 11-9 in his deciding final match with Gian Remnant. Middlesex 2, now with a full team, played Sussex 3 with a draw the result. Jaycee Chan unbeaten for Middlesex and Billy and Wiktoria ditto for Sussex. Interestingly the match score went 1-1, 2-2, 3-3, 4-4 to show what a close match it was.

At this stage the Table showed Berks two points ahead of Bucks and they only needed a 6-4 win over bottom team Beds to secure the Division title. Bucks played Middlesex 2 with eight of the ten matches won 3-1 and Arran involved in the other two, beating Gian 3-0 and losing to Shae Thakker 3-2 after leading 2-0, Shae thus unbeaten for Bucks. Wirth Jasmine winning her two matches for Middlesex and the rest of the team one each they secured a narrow 6-4 win but Bucks secured the Runners Up position with other results going their way. Berks secured the title with a 9-1 win over Beds, only Edward securing a win for Beds. With Bucks losing only Essex 2 could have matched their points tally but they finished a point short being held to a draw by Sussex 3. Tiny Sophie won both her matches whilst Ollie and Fraser, who came back from 2-0 down to win the final match with Daniel, to deny Essex a win. Had that happened they would still have been a set short of matching Bucks set difference.

This seasons County Cadets (under 15's) are playing in Division 1C with round 1 and 3 being held at the Waterside Club in Totton, and round 2 in Trowbridge. The team consisted of players who played together last season, namely, Joshua Gallen, Sam Liu, Gus Thomis, Jamie Liu, Katie Shepherd and Scarlett Jones.

In the first round against Dorset 1 the Berkshire team managed a 5-5 draw with debutant Jamie picking up the teams’ first point with an impressive 3-2 victory in his very first County match. There were further wins for Josh, Sam and Scarlett to help secure the teams 5 points.

Next up were Hampshire 1 who were fielding a very strong team and following some very hard fought and close matches with all players showing some brilliant play, an inspired Hampshire team managed an 8-2 win with just Josh and Sam picking up victories to show for their efforts.

The last group of the day was Gloucestershire and by the seventh match Berkshire were leading 4-3 with some excellent play and closely fought matches. However, their opponents fought back hard and managed to secure the next 3 points giving them a 6-4 victory over Berkshire. There were some tremendous matches with Katie, Josh, Gus and Scarlett each picking up a point for the team.

Next is was off to Trowbridge to play Wiltshire and Somerset who both fielded an incomplete team with only one girl player between them which was hugely disappointing. However, two convincing 10-0 wins were recorded.

The last round of matches were very exciting with the Berkshire Cadet team starting the day in 4th place. Following some very solid and convincing performances by all the players we won all 4 matches against our opponents to gain a very well deserved 3rd place in the group with just one point separating us from our 2nd placed rivals.

Huge congratulations to all the players who each contributed to the great performance of the team and especially to Jamie who was making his debut at these County Championships.

Many thanks for the support given by the parents of the six players involved. 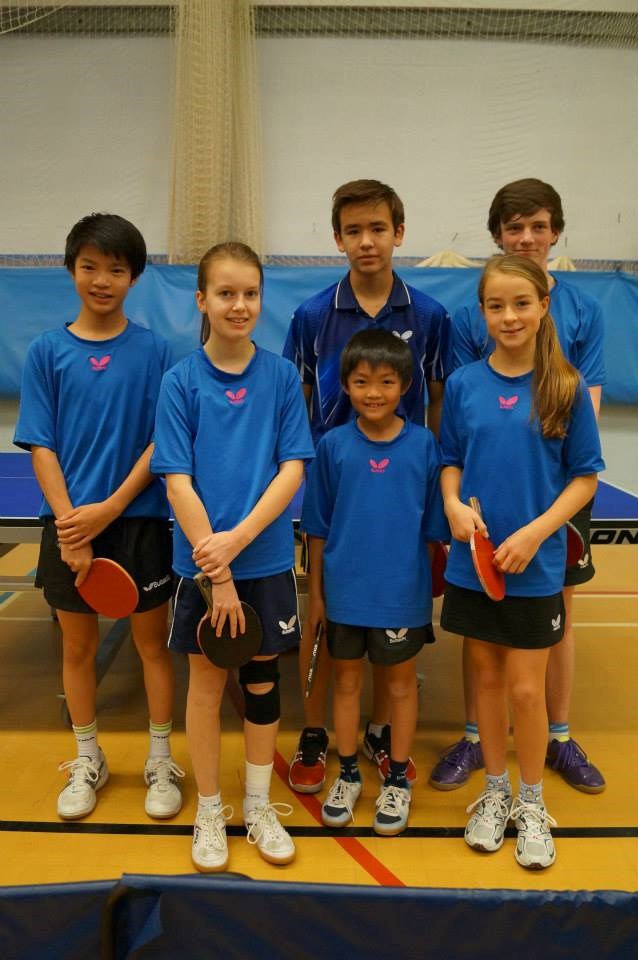